Jojoba oil comes from the seeds of a plant scientifically known as Simmondsia chinensis. It’s processed into liquid wax and used in cosmetic products, such as moisturizing lotion and sunscreens. According to Drugs.com, jojoba should not be consumed orally due to potential toxic effects. However, it has many dermatological benefits when used topically, including reducing skin inflammation and fighting acne.

Due to its anti-inflammatory effect, jojoba oil is used in folk medicine to assist in wound healing, treat skin infections and other skin afflictions, and even slow the aging of skin. A study published in “Pharmacology Research” in 2005 found jojoba oil reduced inflammation in rats. It’s used topically to calm eczema and psoriasis symptoms. You can also apply it to your skin to soothe sunburns and reduce inflammation from an injury.

Jojoba oil may have anti-acne effects, based on the findings of a study published in 2012 in “‘Forschende Komplementärmedizin.” Scientists applied a jojoba oil clay mask to participants with acne-lesioned skin two to three times a week. After six weeks, on average there was a 54 percent reduction in total skin lesions. Both inflamed and non-inflamed lesions were reduced. The scientists concluded jojoba oil is effective for treating acne and acne-related skin lesions.

There are no reviews yet. 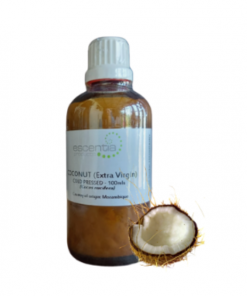